How centre holes get to be eccentric

Eccentricity is caused during production of the record stampers. It is not a result of machining of the final record, or of the centre hole in the original lacquer. So how does it happen?

The centre hole in a record isn't punched: it’s moulded. The hole is created by a spring-loaded pin which passes through the centre lock-down boss on the lower jaw of the press and engages with a hole in the opposite boss in the other jaw. This pin holds the labels and biscuit centred as the jaws of the press close and creates a round void around which the vinyl flows during pressing. It's very clear in the video. 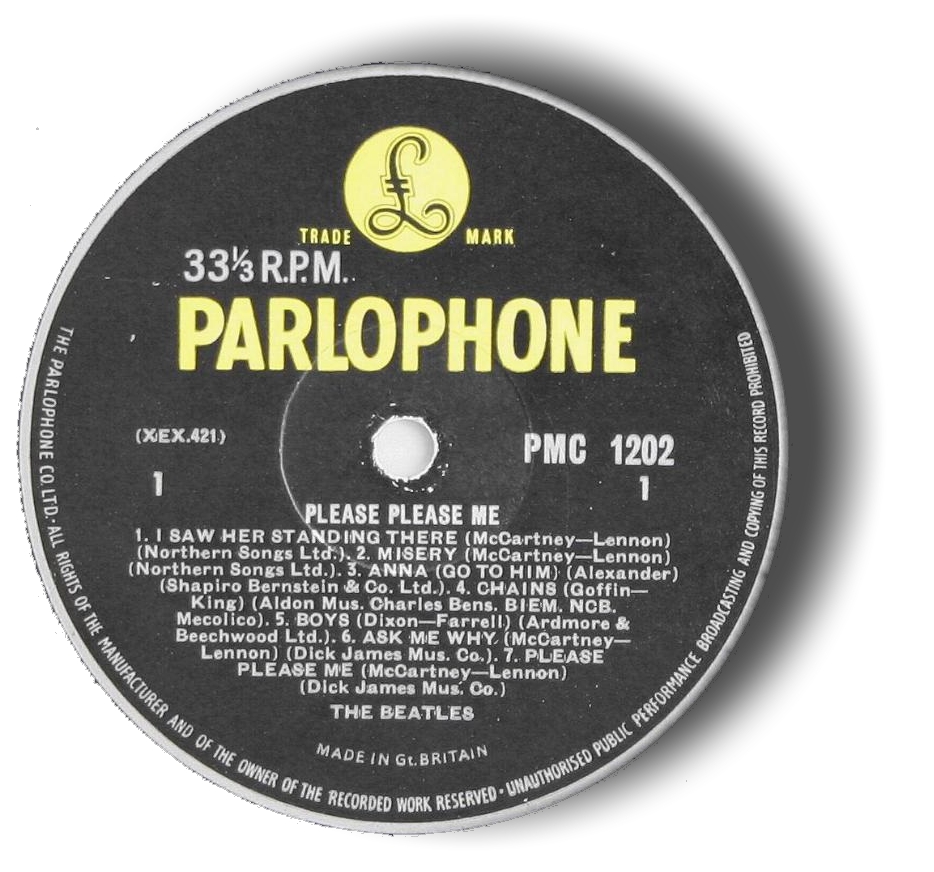 Eccentricity is due to the punching of a much larger hole in the metal stamper which corresponds to the diameter of the centre boss which fastens the stamper to the press. This punching operation eradicates the spindle hole in the original lacquer. The vestige of this much larger hole (for the lock-down boss) is visible in the moulding of many records as the concentric larger ring around the spindle hole.

A clear eye... a steady hand

Before this larger hole is punched, the stamper is spun slowly on an optical centring punch while a technician looks through a calibrated microscope at the lock-out groove. The stamper is tapped on its edge until the lock-groove shows no weave beyond the accepted limit; usually 0.005” (0.127mm) total indicated reading. The stamper is then punched.

Put bluntly, if the technician does this job properly, eccentricity shouldn't happen. But the truth is that, for all the care taken in both the recording lathe and the reproducer turntable, the speed-stability performance of a record depends on an individual’s skill and judgement.