The DNA of record labels

After Berliner was prohibited by corporate skullduggery from distributing his own invention in the USA, he looked to his native Europe and, in 1897, The Gramophone Company was founded with a recording studio in London and a pressing plant in Hanover. (This German division would become independent during the First World War and become Deutsche Grammophon.) A couple of years later, Gramophone Company became the The Gramophone and Typewriter Co. Records and, in 1903, G&T bought controlling shares in Zonophone. Four years later, G&T signed a trading agreement with Victor diving the world into two trading areas. This was the period that the famous His Master's Voice label (left) was introduced. The arrangement with Victor had deep roots: for Victor was the brainchild of the indefatigable Eldridge R. Johnson, originally the owner of a small machine shop in Camden, New Jersey and who had made the clockwork gramophone motors for Berliner's gramophones before the turn of the century. Johnson launched the Victor Talking Machine Company in 1901 and nineteen years later purchased a controlling interest in the Gramophone Company of England. In 1925, Johnson purchased the Radio Corporation of America (RCA) who had supplied radios for Victor's radiograms. Thus RCA-Victor was born. 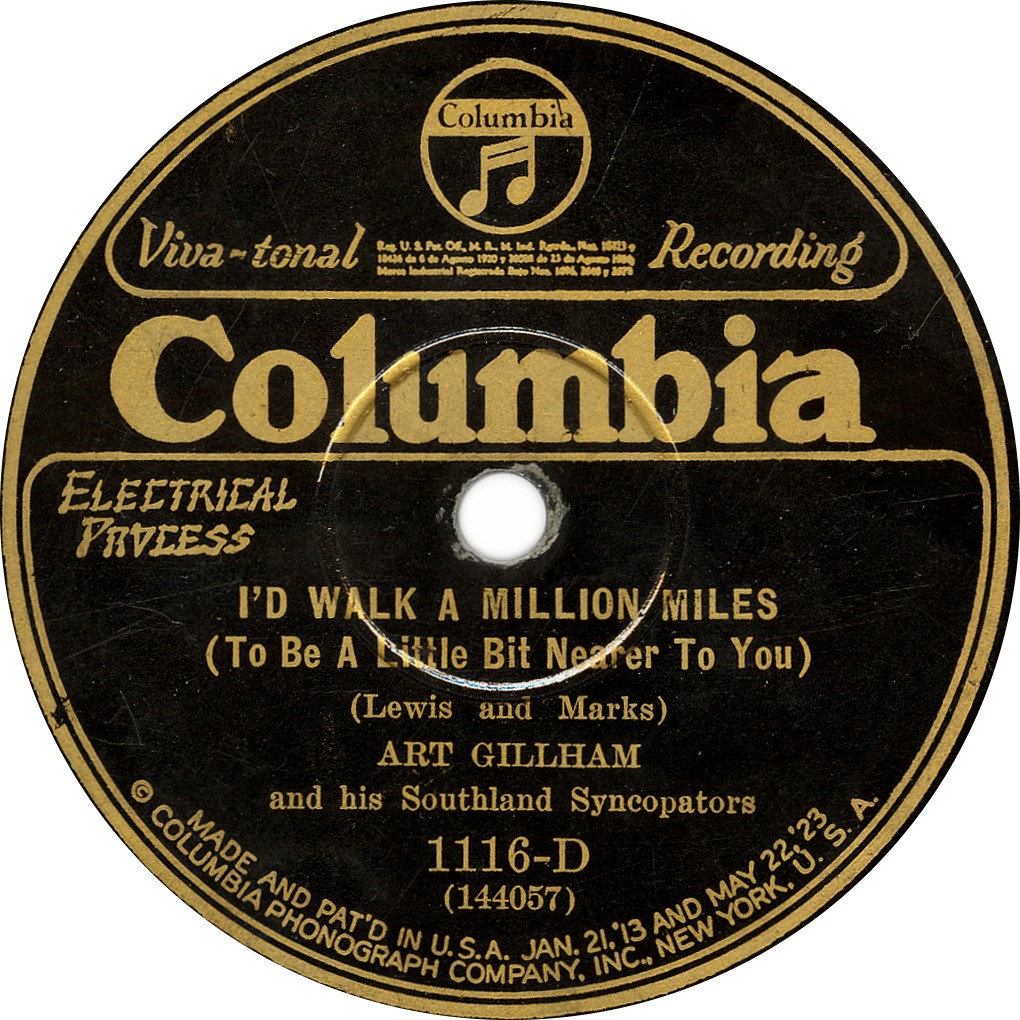 The Columbia Phonograph Company was established in Washington, DC, USA, in 1888, as a subsidiary of the North American Phonograph Co., to market Edison Phonographs and Bell-Tainter Graphophones. Although the North American Phonograph Co., was liquidated in 1894, the subsidiary Columbia Phonograph Company remained intact and, in 1901, the first Columbia disc records were issued in the USA. In 1925, Columbia were rescued from bankrupcy by Sir Louis Sterling and thus became British owned. Sterling had other interests in the industry in both Germany and Holland, and it was at this point that the Parlophone label passed into Columbia's control along with Okeh and Pathé a few years later.

In 1931, The Gramophone Company and Columbia Gramophophone Co. Ltd merged to form Electrical and Musical Industries (EMI). and thus, scarely had electrical recording become the norm before the labels HMV, Parlophone, Zonophone, Victor, Victrola, Columbia, Okeh and Pathe were all owned by the same company, although EMI was forced to sell its American Columbia operations (because of anti-trust concerns) to the Grigsby-Grunow Company, makers of the Majestic Radio. In their turn, Majestic fell on hard times and was forced to sell the American Columbia to the American Record Corporation (ARC) in 1934.

Four years later the Columbia label in the USA, was bought by the Columbia Broadcasting System (so named because Columbia Records had originally co-founded CBS in 1927, but soon cashed out of the partnership leaving only the name.) American Columbia went on to become very successful during the forties with artists such as Frank Sinatra. With the invention of the LP 33⅓ record, Columbia developed a commanding lead over RCA Victor in the USA. The invention of the 45 RPM was RCA's parrying blow to Columbia's LP. The RCA-Victor link with HMV was not severed until 1957.

Decca Records was established in the UK in 1929 by Edward Lewis. The new label had a long way to go from its modest beginnings to catch up with the established HMV and Columbia labels. But they did gradually gain on their much bigger rivals with a combination of technical innovation (FFRR recording technique and later stereophonic recording) and the artistic vision of the team (and later especially of John Culshaw) in Decca's London office. Decca (both in the UK and in America) were enthusiastic, early-adopters of Columbia's 33⅓ long-playing record, something EMI took several years to embrace.

Decca's American label was established in late 1934. Decca had already bought out the bankrupt UK branch of Brunswick Records in 1932 as well as Melotone and the Edison Bell record company. In late 1934, a United States branch of Decca was launched and, in establishing the American unit, the founders bought the former Brunswick Records pressing plants in New York City and Muskegon, Michigan, which had been shut down for several years. By 1939, Decca and EMI were the only significant record companies in the UK. However, anticipating a war, British Decca's Edward Lewis sold his interest in American Decca which began trading on the New York Stock Exchange as Decca Records Inc. The two Deccas thus became separate companies and remained so until American Decca's parent company bought British Decca's parent company sixty years later.