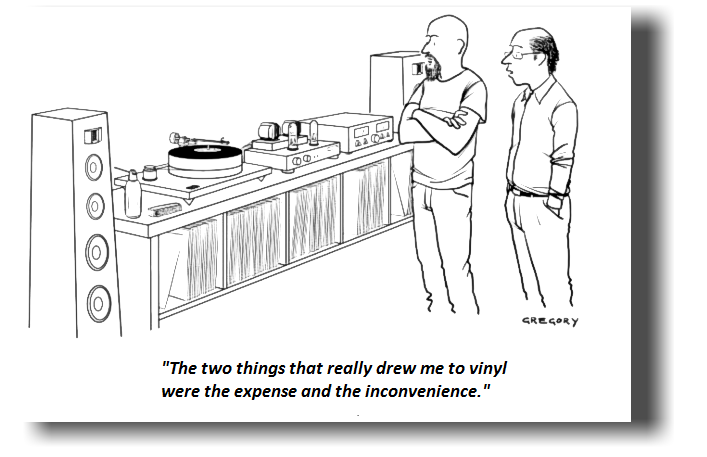 In order to develop the Groove algorithm, it was necessary to establish realistic performance measurements from LP replay. Surprisingly, little real data exists on this beyond the various popular - and entirely qualitative - articles on the WWW extolling the advantages of analogue discs which are often hagiographic to say the least!


Here are our own test results from a first class deck playing various industry test discs, plus a few theoretical musings.

1. There are several issues with measuring noise levels with peak meters because you have to relate peak values to RMS values; the latter being the form in which noise voltages and levels are expressed.

We can assume the RMS value of Gaussian noise is 1 ⁄ 6th of the peak to peak value (see illustration right). In other words, the RMS equivalent is 1 ⁄ 3rd of the peak value (for example, as shown on the DAW peak meters). One third = -9.5dB. In other words, the noise voltage RMS value is 9.5dB below the peak value. However, we can't express this RMS equivalent with respect to 0dBFS because that is itself a peak value. We need to express it with respect to an RMS maximum value. Assuming a sinewave, the maximum RMS signal is 0.707 of (or 3dB below) 0dBFS.

3. In fact, the various mechanical "rumble" mechanisms and electrical interference (especially hum) are the principal contributors. The internal resistance of a typical moving-coil phono cartridge is 10 ohms. The maximum RMS output from the cartridge is about 5mV (that being 20dB above the nominal 0.5mV @ 5cm/s level).

The RMS thermal noise generated in 10Ω in a bandwidth of 20kHz is 57nV. So the ratio between maximum signal and noise voltage is,

This is very substantially (28 times!) better then than the theoretical maximum from the vinyl medium. The preamplifier will probably reduce this margin by 6dB but clearly the electronics are comfortably better than the mechanical limitations of the medium itself.

A similar figure for dynamic-range is possible from a moving-magnet type provided that the inductive nature of the cartridge is isolated (as it is in the PHLUX cartridge.) Here, the internal generator resistance is 100 times higher but, because of the square-root sign in the calculation for thermal noise, the noise is only 10 times higher. The output voltage is also about 10 times higher too, so the ratio of maximum-signal to noise is maintained.

3. At least it is at low frequencies. Groove excursion is limited by RIAA equalisation to a quarter of the 76μm pk-pk amplitude above 2kHz when the record is cut. Thus the resolution of the medium is reduced to 9 bit at high-frequencies. For more information concerning maximum recorded levels on an LP, see this page.