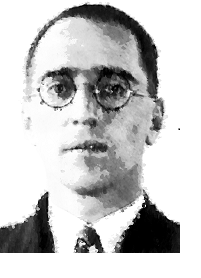 Alan Dowler Blumlein was born in June 1903 in Hampstead, London to relatively wealthy middle-class family. His father was a German émigré and his mother was the daughter of a Scottish missionary. He was educated at Highgate School and the City and Guilds College, London; both times admitted on the basis of scholarships. After gaining his degree, his early work was related to the solution of problems with crosstalk on long telephone lines, and this he achieved with a series of inventions of outstanding brilliance.

In 1929, Blumlein moved jobs and joined the research department of the Columbia Gramophone Company where he started work on improving the primitive electric recording apparatus of the day which consisted of a carbon microphone, primitive amplification and a moving-iron disc cutter. Blumlein was involved in many of the developments which radically improved this system and set new standards for "hi-fi" performance in 1930. And, as if this wasn't enough to be getting along with, Blumlein was spending a deal of time at around this date thinking about stereophony! His patent (No. 394,325) is still worth reading, and it's common to see his clear and brilliant ideas misunderstood and misrepresented even today. This patent was certainly 25 years ahead of its time, and his system, in which he proposed the stereo microphone technique, panning technique, the ±45 degree, stereo cutting method and acetate discs was only commercialised in the late nineteen-fifties; more than ten years after his death. The only application Blumlein saw of his stereo invention in his lifetime was an application to assist in the sound location of enemy aircraft in the Second World War.

In 1931 the Columbia and HMV companies merged to form a new electronics giant by the standards of the day and was christened Electric and Musical Industries Ltd. (EMI). Soon after the merger, the new company started on television development in earnest. HMV had already demonstrated a 150-line mechanically scanned system before the merger, but the ambitions of the new EMI (and their director of Research, Isaac Schoenberg) far outstripped the standards of the day. So much so, that the concepts that were enshrined in the EMI 405-line system remain the basis for all television systems and Blumlein had a hand in virtually every area of development. Blumlein even contributed a considerable amount of the work towards the first electronic camera tube - the Emitron.

Blumlein was responsible for the patents of several important electronic circuit configurations, for example, the long-tailed pair and the ultra-linear pentode circuit. An important variation of this latter circuit appeared in an earlier patent (No. 425,553) published in September 1933, in which Blumlein and his co-author, H. Clark, describe a circuit using "feedback" (they even use the word), to reduce the output impedance of pentodes. Incorrect then, that the concept of negative feedback is attributed to H. S. Black who published his account four months later in January 1934! Blumlein is also responsible for the transversal filter in which a signal is applied to a delay-line with a series of taps along it; the signals from each tap - appropriately weighted - being added to derive the final output signal. This approach to filter design - an approach which conceives of a filter's response in terms of its time-domain impulse-function, rather than in terms of frequency response - was entirely new; yet Blumlein understood comprehensively the advantage of such an approach which, indeed, forms the basis of all digital filters of today (such as all the filters in Stereo Lab!).

Blumlein was an inventor, not a self-publicist. Perhaps, because of this, and possibly because so much of his later work was shrouded in wartime secrecy, so that his patents, weren't published during the war years, Blumlein, despite being known as the "Father of stereo", is still under-appreciated for his other contributions to the electronics of audio, television and RADAR. And this is especially unfair as Blumlein's last work on RADAR cost him his life.

On 7th June 1942, he and two EMI colleagues took off from Defford in a Halifax bomber to test the new H2S RADAR system. On the return leg of the flight, the plane developed engine trouble and the pilot tried to land in a field. In so doing, there was a fire from which no one survived. The death of Blumlein in 1942 was important enough that Winston Churchill, Britain's war-time Prime Minister, was informed immediately of his death and news of the crash was suppressed to stop Adolf Hitler discovering about the setback to the RADAR project.