There are a multitude of options in obtaining a phono preamplifier with a flat frequency response suitable for needle-drop recording and subsequent processing in Stereo Lab.

These range from low-cost, DIY solutions and our unique Virtual Preamplifier to active preamplifier adaptors, to precision preamplifiers with laboratory-standard accuracy and dynamic-range and the economic Groove Sleuth MICRO provided by our partner company Phædrus Audio.

For vinylistas who use moving-coil cartridges with Stereo Lab, there are a range of options. 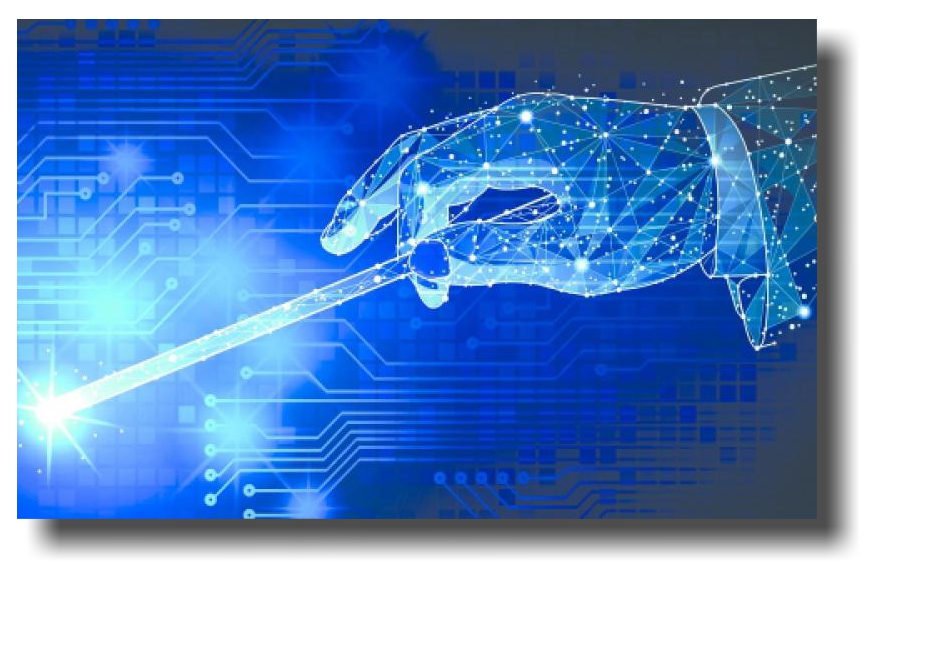 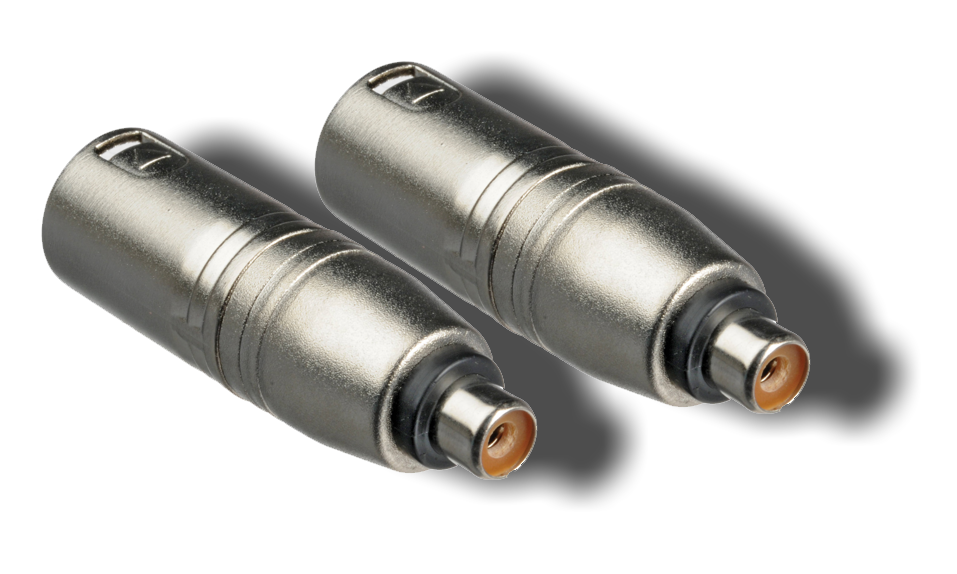 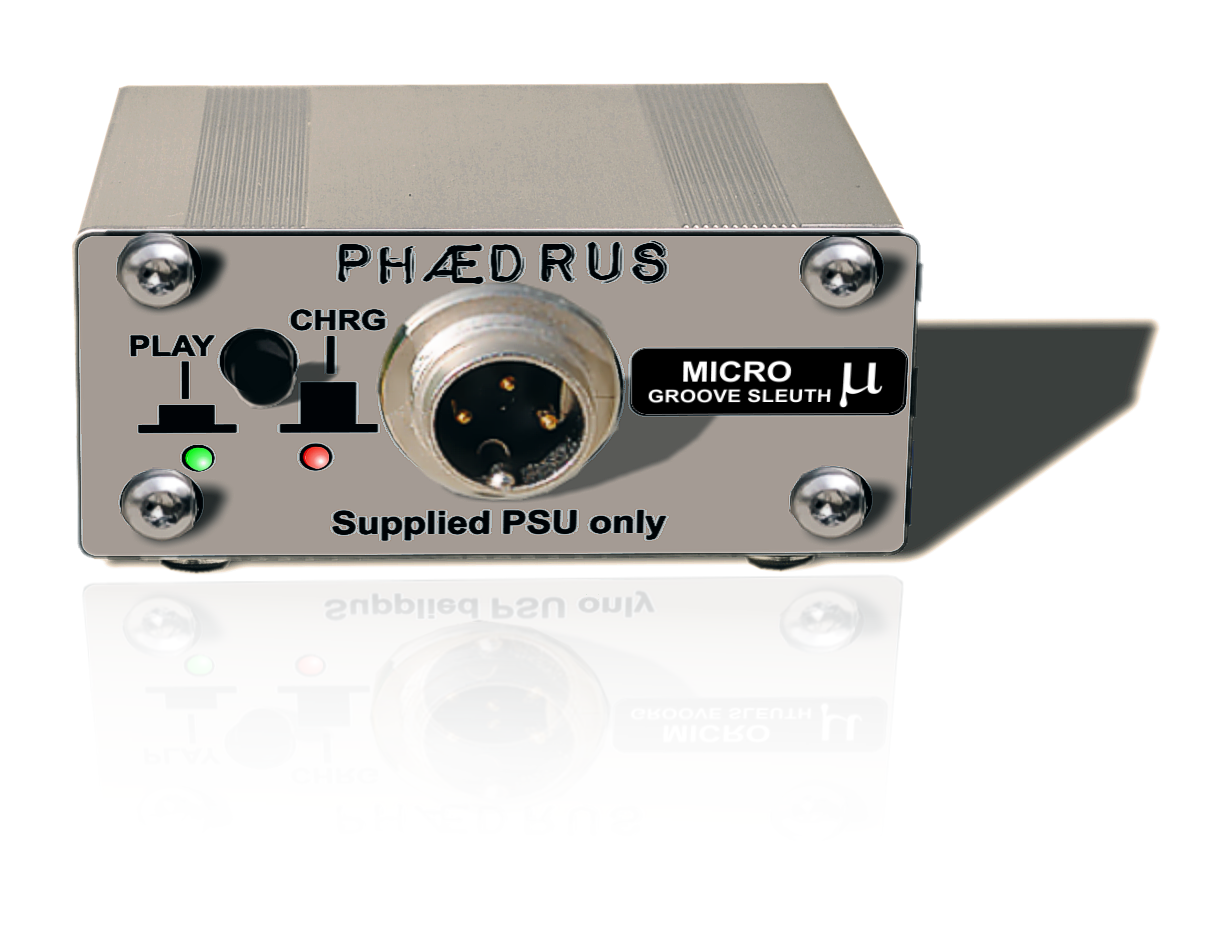 At its most basic, you can experiment without any sort of phono preamp at all, and simply apply the output of the phono cartridge to a commercial external pro-audio interface like the one illustrated below and apply the pickup signal to an interface via the microphone inputs.


Stereo Lab (Phonograph & Audiophile) Ver. 3.1.15 incorporates a Virtual Preamplifier which adapts microphone inputs in software, so that moving-magnet cartridges may be used for needle-drops without any preamplifier being necessary.

The Virtual Preamplifier is accessed via the Modern Equalisations processing mode menu.

There are some disadvantages to the Virtual Preamplifier approach because only RIAA recordings are suitable and the pop & click processing is not effective. The virtual approach will not work either for JVC CD-4 quadraphonic discs because they require a wide bandwidth preamplifier.

Commercial soundcards designed for the highly competitive musical instrument and recording sector often integrate excellent, low-noise preamplifiers and fast, high-resolution (24 bit) analogue-to-digital converters to convert the analogue signals so that they can be recorded into the computer at sample rates up to 192 kHz. They therefore make the basis of an excellent and good-value capture front-end for Stereo Lab software. At least, they do almost.....

Groove Sleuth Adaptors are designed to work with Pspatial Audio’s Stereo Lab software. With a wide frequency-response and deep dynamic range, they offer a very high-quality solution for recording non-equalised needle-drops at a reasonable price.

Three versions exist of the Groove Sleuth Adaptors, their roles are as follows:

Download the manual for the Groove Sleuth Adaptor preamplifiers.

For use with moving-coil cartridges, the MICRO may be partnered by the Groove Sleuth TRANSFORMER

A switch on the front-panel allows the battery supply to be selected. The Groove Sleuth MICRO preamplifier has over 4 days operational charge, but we recommend battery play be limited to approximately 12 hours. The unit may be kept in charge mode when listening with only a minute loss of quality.

Further information about the Groove Sleuth MICRO preamplifier is available from Phædrus Audio.

For vinylistas and archivists who want to use moving-coil cartridges with Stereo Lab, there is a range of options:

By incorporating a range of high permeability, nickel-iron alloy cored transformers (fitted as a time-of-order option), the Groove Sleuth TRANSFORMER can adapt to the complete range of cartridges: from high-end, low-output devices; to high-output moving-coils which rather "under-load" standard MM input stages without a transformer.

A commercial phono stage is a good starting point for modification because the designer will have taken the trouble to provide high-quality amplification, low-noise circuitry, decent power supplies and the correct cartridge loading.

RIAA correction may be implemented in various different ways. In a passive circuit: or in an active circuit, in which the frequency-dependent impedance is part of a feedback network. It may be implemented with discrete transistors, or valves (tubes), or with operational amplifiers. But in all these various incarnations, the modifications may usually be accomplished with a little detective-work and care.

The figure right illustrates a typical passive configuration of an RIAA equaliser. The necessary modifications are marked in red. As you can see, the golden rule is.....Strap the big capacitor; remove the little capacitor.

By these simple means, the RIAA correction is modified to give a gain a few dB from the 1kHz reference point so that neither noise, nor overload margin of the preamplifier is compromised. The only practical thing to watch out for is that the capacitors (both the larger value and the smaller value) may be made out of several discrete components so that the designer could get a special value.

A discrete-BJT feedback stage is modified in a very similar way: the larger-value capacitor is strapped (bridged out of circuit) and the lower value of the two capacitors is removed from circuit. If you keep hold of the lower value capacitors (or tape them to the inside of the unit for safekeeping), the preamp' may easily be returned to its original design if you wish to do so at a later stage.

Op-amp circuits are similar too, as illustrated below. Most modern RIAA preamplifiers will be of this type.

Building your own battery powered needle-drop flat-response preamp is certainly possible. Remember, all that is needed is some gain: it's not like it needs precision equalisation. RIAA (or other) EQ on the baseband signal is all accomplished in the software.

It is possible to use something as simple as the attached little circuit to very good effect. It's built around a dual op-amp which could be something as modest as a NE5532. We prefer the recommended OP284EPZ. It's a lot more expensive (10 Euros), but it's rail to rail which gives better headroom and has a low quiescent current which prolongs battery life.

The gain is 33dB which is more than adequate to drive sound cards from the majority of MM cartridges. Note that the value of R1 can be changed. Some older CD-4 cartridges prefer loads >47k. This can go as high as 470k to give an input R of 100k.

There are few examples in modern, small-signal electronics where integrated op-amps don't outperform discrete circuitry. Suprisingly, even in the second decade of the 21st century, moving-coil phono head-amps remain an exception. This circuit is based on a design by Nordholt and Van Vierzen from 1980 and published in the Journal of the Audio Engineering Society¹. 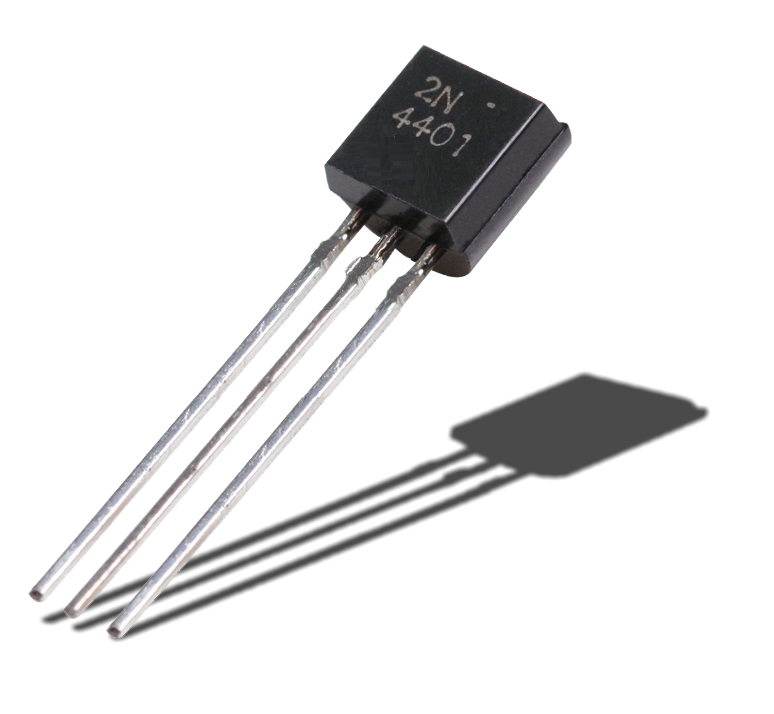 The amplifier circuit illustrated is a straightforward complimentary-transistor pair amplifier. Gain is defined by 1 + the ratio of R3 to R8; or 11 times (21dB). There is a small amount of loss due to the termination resistor (R23), so the overall gain for a cartridge with a source impedance of 10Ω is 10 (20dB).

Termination in 100Ω is a very common choice for MC cartridges and is a good starting point. There is scope for some experimentation and some manufacturers recommend a different value for their products.

The second 2N4401 input transistor is there to reduce the noise generated in the intrinsic base-spreading resistance (rbb) of the transistor. The 2N4401 is chosen as the input device because of its low base-spreading resistance and putting two devices in parallel reduces rbb still further. Theoretically, there is no limit to this process so that 3 transistors will be better than 2 and so on. However, in test, whilst the second device improved the noise by a worthwhile 1dB, beyond this, the law of diminishing returns set in very quickly, so there is little point in going beyond a pair of devices. The preferred commercial transistor type in the original article¹ is the RF transistor BFW16A, but these are now rare and expensive. The 2N4401 is cheap and available from most component retailers.

Circuit harmonic distortion is very low. For a 1kHz input signal of 5mV RMS which is representative of the largest signal encountered, the distortion is less than -80dBc (0.01%)² and essentially all 2nd harmonic.

Wideband noise, measured at the output with a 10Ω source, is 1µV RMS in a bandwidth of 20kHz. This gives an EIN of -138dBu or 74dB below nominal level from the cartridge. In op-amp terms we'd say that the amplifier has a input voltage-noise of 0.7nV/√Hz. That's 4dB better than any of the best, low-noise operational-amplifiers.

Overload margin is enormous. The amplifier will comfortably swing 2V pk-pk (0.7V RMS), which requires an input signal of 70mV RMS which is 43dB above nominal level. Adding 74dB and 43dB, we can say that the amplifier has a dynamic range of ≈ 117dB; equivalent to 20 bit resolution.

DC bias is set by R5 and R2. DC conditions proved very stable in production and the circuit operates acceptably over a wide temperature range of 0° to 40°C ambient.

Although the power supply voltage requirement modest (a single-rail ≈5V supply), the power-supply voltage must be smooth and quiet. This amplifier pulls about 21mA so, the total current-requirement for a stereo pair is ≈ 42mA³.

For prototyping (and for use, as long as the batteries are changed every 50 hours or so) a 4.5V flat, alkaline battery makes a very good temporary supply. If you want to stick with the battery as a permanent solution, then drop the value of R2 to 3.9k.

2. dBc means dB relative to carrier. Although mainly a term used in RF engineering, here it describes the second harmonic amplitude relative to the amplitude of the test sinewave. Because the term employs decibels, which more nearly mimic the logarithmic response of the hearing system, dBc works better to describe relative importance of distortion than using percent.

3. One of the surprises about with moving-magnet head-amps is that — despite signal levels measured in µV — the necessity to keep all of the circuit elements low-impedance to minimise noise contribution, ensures that the (Class-A) circuits run in much higher standing-current than one expects from circuits carrying such tiny signals.