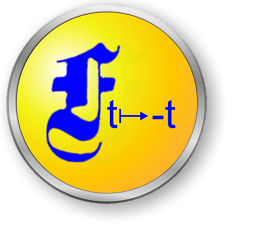 In the FRANCINSTIEN T-Sym correction algorithm, advantage is taken the time-symmetric, zero-phase response of certain digital filters to increase the steepness of the onset of the all-important frequency-dependent crosstalk. In this way, the difference between the low-frequency regime and high-frequency regime is more clearly defined. Analysis of the formation of stereo images in terms of wavefront reconstruction theory demonstrate this approach is worthwhile1. Listening tests confirm it: the result is a stereo image of unprecedented clarity and "solidity"

As a demonstration of FRANCINSTIEN T-Sym here is a recording of Beethoven's Bagatelle No. 25 in A minor for solo piano (commonly known as Für Elise) performed by Charles Metz on a fortepiano at First Congregational Church of St. Louis, Missouri in November 2019.

Captured using a Schoeps pair and FRANCINSTIEN T-Sym post-processing, the recording was kindly supplied by producer/ engineer: Barry Hufker. The photograph of the concert is by Pat Weaver.

Charles Metz performs nationally and internationally on various virginals, harpsichords and fortepianos. This performance used a replica instrument built by Paul McNulty who is based in Divisov in the Czech Republic.

For more information on the FRANCINSTIEN T-Sym process viewed as a wavefront reconstruction mechanism (like a hologram) is given here.