The first is trivial: clearly we want to make sure we don't damage the records we archive.

Secondly, the records we archive will often be old and have been themselves subject to considerable wear and it's a wise to know what they've been through.

It had been known since the earliest days of vinyl records and the experience of millions of users that records can and do "wear out" in proportion to the number of plays and increasing bearing (or vertical-tracking) force.

By the application of physical knowledge gained by Hertz at the end of the 19th century concerning the physics of the indention of a hard sphere in an elastic body, it had been calculated that the local forces involved in pushing a diamond into a soft, plastic record must take the plastic material beyond its elastic limit. It was even forecast that there must therefore, be some permanent impression left on the record even by the very first playing5. But there was an important wrinkle which was first realised by Hunt and Harvard University.7

Take your tonearm and place the stylus on a smooth section of record where there are no grooves (in the run out section for example) and deliberately score the surface record with the pressure from the stylus. If each time you make a scratch, you change the bearing weight of the stylus (say from 5 grams down to 0.5g) you will notice something interesting if you very carefully examine the scratches with a powerful microscope. At a certain weight, the scoring of the record diminishes disproportionately, as shown in the illustration.

The evidence of the smaller traces left by the stylus as the bearing force is reduced reveals something extraordinary: the pressure per unit-area between the stylus and the record actually gets greater as the downforce is decreased, because an albeit smaller force is being concentrated over a disproportionally smaller area. It is as if the plastic was getting harder as the bearing-force is diminished — an effect which solid-state physicists call micro-hardness.

But, below a certain tracking weight, the stylus is only forced far enough into the plastic that the interaction is governed by the forces between the molecules in the microscopic roughness of the surfaces. In this region, different physics applies and the materials take on a small-scale hardness. A bit like the surface tension of a liquid (although the physics isn't analogous), an animal that's small and light enough, can quite literally, walk on water — it's "hard". But, above a certain weight and size, it will fall through into the liquid.

Hunt and his co-workers performed these experiments back in the fifties and discovered the threshold for a 0.001" (25µm) sphere scoring a PVC co-polymer sample was a few grams.8

Great excitement greeted the publishing of a paper¹, and a follow-up popular article² in 1968 by J.G Woodward, the head of Recording and Electromechanical Research Division of RCA's David Sarnoff Research Center in Princeton NJ, concerning the results obtained by the purchase and implementation of an electron scanning microscope as a tool in developing a better understanding of making and playing records.

Powered by the tremendous industrial clout and ambition of RCA, it was the research teams at RCA research laboratories in Princeton New Jersey who had done so much to determine the additives necessary to reduce static in the early days of PVC co-polymer records. And, at the end of the LP era, it was RCA's R&D team who came to the rescue of RCA's quadraphonic system and formulated the plastics made necessary by the catastrophic destruction of their CD-4 records by standard record-players.

With their new micropscope, the RCA team made record-groove wear visible for the first time. And it was quite a shock. Even Woodward admits, some of the photomicrographs shown here exhibit what might be judged to be really horrendous wear patterns.² But, before we jump ahead, let's look at some of Woodward's photomicrographs; first of all, of an unplayed groove.


Unplayed grooves of RCA laboratory test disc. C and D are magnified views of the high-frequency (20kHz) modulated segments of the left-hand images.

The minor roughness on the "edges" of the modulated sections is the result of imperfect cutting by the recording stylus.

The rather odd dimension of the "milli-centimetre" is equivalent to 10µm.

That, even the initial playing playing of a record, must leave some kind of trace on a record was confirmed in Woodward's photographs. Also that wear was indeed cumulative.

Woodward notes that the wear is plastic-flow of the groove wall. The material has been pushed from the peaks and deposited on the downhill slopes. Little, if any, vinyl medium has been detached from the record.

Finally, Woodward assembled a group of photographs to illustrate the different wear due to different stylus types after 50 plays.


Photo A shows the wear due to a 0.0007", conical stylus tracking at 5 grams. This was relevant to record-players in 1968 many of which tracked at this weight. Note how the 20kHz information is almost totally obliterated by wear.

Photo B and C show the wear due to two, different elliptical styli tracking at 1.5g and are thus as relevant today as 50 years ago.

Photo D, is interesting. It illustrates the (total lack of) wear resulting from 50 plays with a 0.0007" conical stylus tracking at 1.5g

Comparing the record wear after 50 plays with a conical (spherical) stylus running at 1.5g and 5g (images A and D of the last group), it is clear that there is a critical tracking weight somewhere between these two values at which wear increases drastically.

Hunt had predicted that the transition from a low-wear region of microscopic hardness to a high-wear region would be abrupt - as shown (left, red curve)7. This graph is based on a 0.001" indenter pressing on a completely flat, plastic surface. Shure claimed a threshold figure for a conical stylus (18µm radius) in a V-shaped groove was 25mN (2.5g total tracking weight)³. Resolving 25mN into two components in a 45° V-shaped groove, would mean a bearing force of (1/√2 × 25mN), or 18mN on each wall, which is consistent with Hunt's theory.

This value seems to have crystalised over the years and 25mN (2.5g) is widely believed for good reasons to be the safe upper limit of tracking force.

On the face of it, Woodward's results rather condemn the elliptical stylus as the cause of increased record-wear over and above the conical type. The elliptical shape, with its deliberately reduced scanning radius, increases the indention of the stylus into the groove to the point where the protection afforded by micro-hardness changes and slight but permanent, irreversible, plastic deformation of the groove occurs - even after a single play at 1.5g tracking weight.

❝ The elliptical stylus... is the wrong side of the micro-hardness threshold.The old-fashioned, conical stylus isn't.❞

Furthermore, it compounds the damage in subsequent plays, eventually causing significant damage to the groove walls so that the PVC material is pushed from the peaks and deposited on the downhill slopes. The elliptical stylus - even tracking at 15mN (1.5g) - is the wrong side of the micro-hardness threshold.The old-fashioned, conical (spherical) stylus isn't.

Woodward argues² that the damage due to the elliptical tip is acceptable on the basis that it is not enough to preclude the better performance of this type over the spherical tip. The extra electrical distortion caused by the physical groove-damage, outweighs the extra distortion due to the conical type.4

Now, Woodford's argument was fair enough in an age when records were contemporary entertainment medium. It made sense to excuse the stylus which gave the better results. As he says,

But what about today? Should the archivist or collector accept a stylus shape which damages the groove - even if it offers short-term better results?

Well, for the one-off needle-drop, the advantages of the elliptical type are still evident. Distortion is reduced and bandwidth on the inner grooves greaty improved. And the damage caused by an elliptical stylus tracking at low bearing weight and possessing good tracking performance will be very small indeed for a single-play. Woodford's argument is valid today as long as the number of plays is limited.

Why not simply reduce the tracking force of the elliptical still further?

This will probably not be consistent with good tracking. Whilst simple bearing weight is the most obvious contribution to the force between the stylus and the record, actually more significant are the forces generated by the acceleration demanded by the grooves on the inertia of the stylus armature. There's no point in having a low bearing weight if the stylus inertia itself will produce forces greater than those which puncture the micro-hardness region. Which is another way of saying good-tracking (trackability") is as important as bearing weight.

It is widely held that one way out of this impasse is to adopt one of the more modern stylus profiles, originally developed for CD-4 carrier records and more exotic shapes developed since. But these opinions are extrapolated from damage-limitation work on the wear of CD-4 quadraphonic records. The conclusions have never been subjected to proper scientific scrutiny. 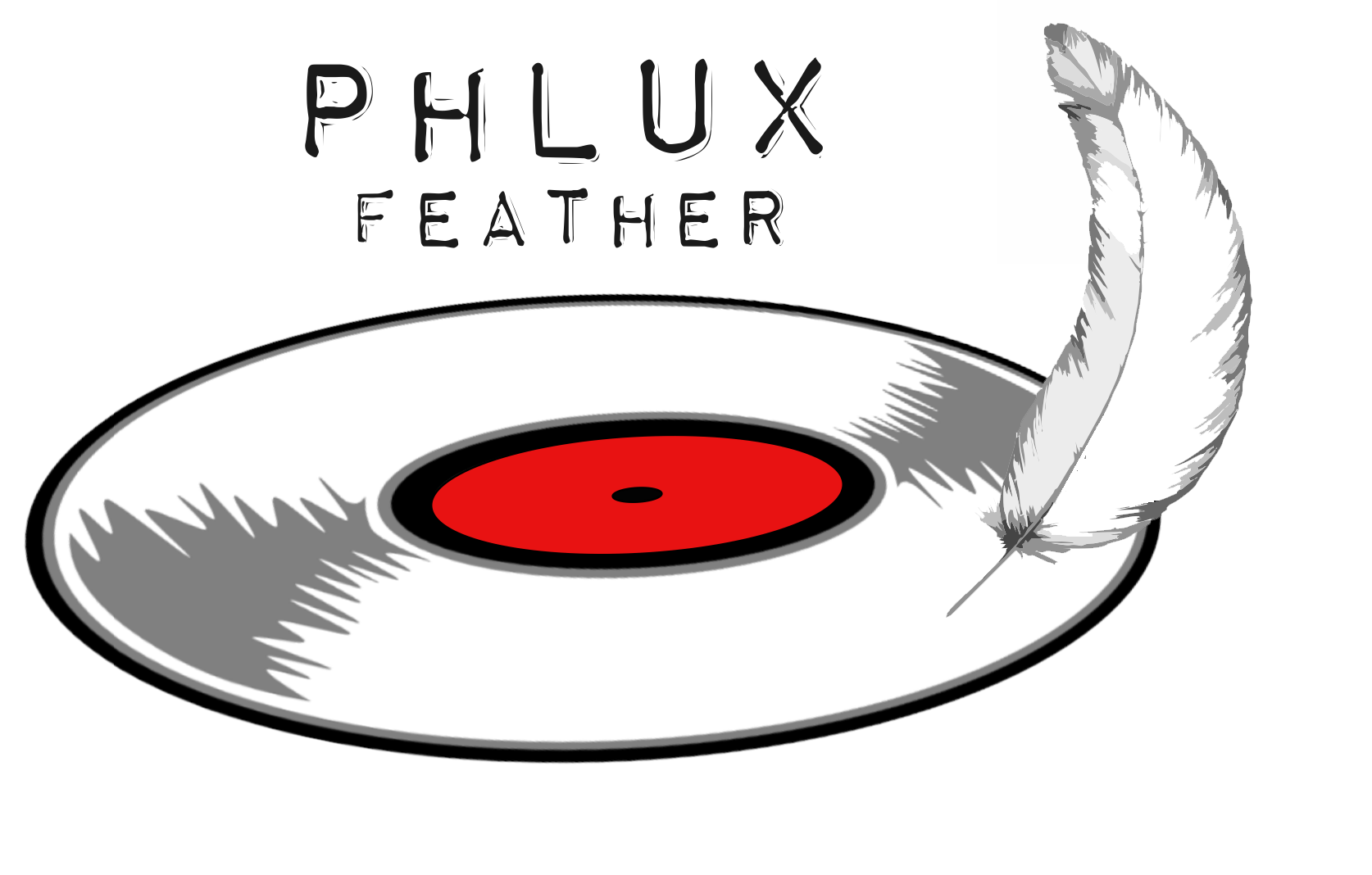 The above logic lead us to ask our partner hardware company Phædrus Audio to develop the PHLUX-Feather, a new, active phono-cartridge for needle-drops of fragile and precious grooved media.

With an 18µm (0.0007") conical stylus tracking at 20mN (2.0g), we use the Feather for needle-drops of acetate transcription discs and precious LPs, indeed any disc when we want to be sure that we leave it exactly as we found it.

We use Stereo Lab to remove the distortion due to the spherical stylus by digital-signal-processing.

We regard feather as the last resort of physical scanning. If a media element is too fragile for the PHLUX-Feather, we need to consider optical-scanning.

3. Don't underrate the gram! - Shure Brothers Inc. advertisment, widely placed in late 1960s (see Audio June 1969 p.11 for an example). There never seems to have been a published, large-scale study to determine the micro-hardness threshold for real records which is beyond surprising! Shure state in this publicity material, Shure has conducted over 10,000 hours of wear tests, but they never published the results of these studies. A glimpse at to why may come from an article in Audio magazine (May 1978) by the entire senior R&D team at Shure Brothers Inc. from which, Our tests indicate that the wear phenomenon is an exceedingly complicated one. We have made and are continuing extensive studies on this subject, and have found it extremely difficult to produce repeatable test data. A further reason may well be the commercial environment as explained in the historical interlude page.

6. In truth, this is better treated as a thought experiment. Real experiments have been performed REF with samples of smooth plastic material, controlled conditions and very powerful microscopes. The experiment described here is practically difficult to perform.

8. In the interests of completeness, we should admit that Hunt's work on micro-hardness (or, his term, size effect) was not universally accepted as the best explanation of the phenomenon. Barlow, commenting on Hunt's article (JAES Comments on the Paper, "On Stylus Wear and Surface Noise in Phonograph Playback System" July 1956) makes the point that eleastic springback equally explains the effect. As Barlow points out, " for very low loads, deformation of any material will be entirely elastic, ..... and the apparent hardness will be infinite."