Cat. 22 Noise Reduction feature in Stereo Lab is intended for the decoding of Dolby A encoded stereo tapes and other media¹.

The name Cat. 22 relates to Dolby Labs' product A-TYPE NOISE REDUCTION MODULE CAT. No.22, the hardware decoder which was the "heart" of the Dolby A process in the 1970s and which this software process accurately emulates.

Normally, the Cat. No. 22 (Dolby A) noise-reduction modules were plugged into a small range of rack-mount processors which provided power, signal I/O and control interface. One such was the Dolby Model 361 (illustrated right).

The Dolby A was a complementary noise-reduction system originally introduced in 1965 in the shape of the Dolby Laboratories model A301 S/N Stretcher processor.

A complementary noise-reduction system means that equipment is required both the encode and decode recordings employing the system. Dolby A was intended as a noise reduction system for professional tape recorders, video recorders, optical sound-tracks for film and for broadcast landlines and microwave links. A wide variety of historic recording media are encoded Dolby A.

But, the necessary hardware required to decode Dolby A encoded recordings is getting rare and unreliable.

Pspatial Audio therefore considered that having a software based decoder for the digitiation and archiving of media encoded with Dolby A noise-reduction would be a worthwhile addition to Stereo Lab.

How Dolby A works

Inside the Cat. No. 22 Dolby A module, a four frequency-band compressor-expander operates on the source signal; compressing and pre-emphasising high frequencies before the signal is recorded to tape. And, on replay, expanding the audio and applying de-emphasis in a matching decoding stage as illustrated in the diagram (right).

A glimpse at the insides of the CAT. No. 22 module (left) reveals that this process, whilst quick to describe, required a good deal of precision electronic circuitry in 1970.

Dolby A noise reduction processors, when presented with standard line-up tone, will output a signal at the same level.

The "magic" happens in a Dolby processor at audio signal levels below and relative to line-up level. It will therefore be obvious that audio presented to the Dolby A processor must be at a level consistent with correct line-up, otherwise the dynamically pre-emphasised recorded signal will not be matched during decode. The result is an artificial brightness or dullness to the reproduced sound depending on the polarity of the mismatch. 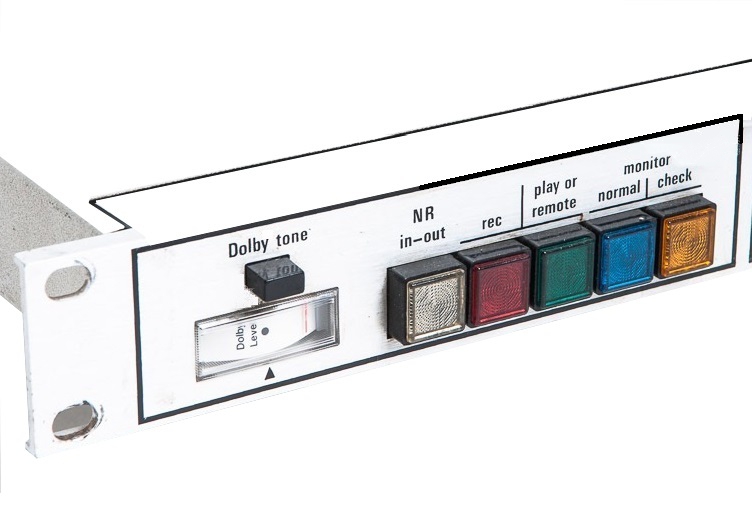 Because Dolby equipment was designed to operate in studios with differing alignment levels and philosophies², Dolby provided two tools: an input meter and a line-up oscillator, to ensure operation at correct level during recording and playback. These two tools, along with input and output amplifiers and attenuators meant that the Dolby units could be incorporated in different studios and be relatively independant of studio operating levels. These tools were incorporated in the Dolby processor and rack-mount units (right).

A tape was prepared for recording by recording 20 seconds or so of Dolby reference tone at the very beginning of the tape. On replay, the level of this tone was checked with a small, calibrated moving-coil meter on the Dolby unit. Adherence to these two, simple steps ensured the noise-reduction process was correctly calibrated.

Because tapes often start with test tones for other purposes (which may, or may not be suitable for the alignment of the Dolby equipment), Dolby took the trouble to generate a tone which would be recognisable for this specific purpose. An 850Hz tone with a frequency modulated "blip" every second or so, Dolby tone is indeed unlike other test tones. An audio example of Dolby tone is given below.

In a software decoder operating upon digital files, we must calibrate the decoding to a specified, numerical signal level. In Stereo Lab's Cat.22 decoder (calibrated) we have taken Dolby level as equivalent to -18dBFS ³.

If you have control over the digital transfer from the original tape, and that tape has Dolby tone recorded on it, then set the record level so that Dolby tone registers -18dB on the digital meters and don't adjust again on the basis of the subsequent audio modulation.

If the Dolby calibration has been lost, for example the digital dub is already made and the Dolby tone has been edited out (as is often be the case these days), the Cat. 22 decoder function in Stereo Lab will make a best estimation of Dolby level from the incoming file and auto-calibrate.

Background information on the Dolby A process is given in the references4,5.

Appendix - a brief history of Dolby A (S/N Stretcher) 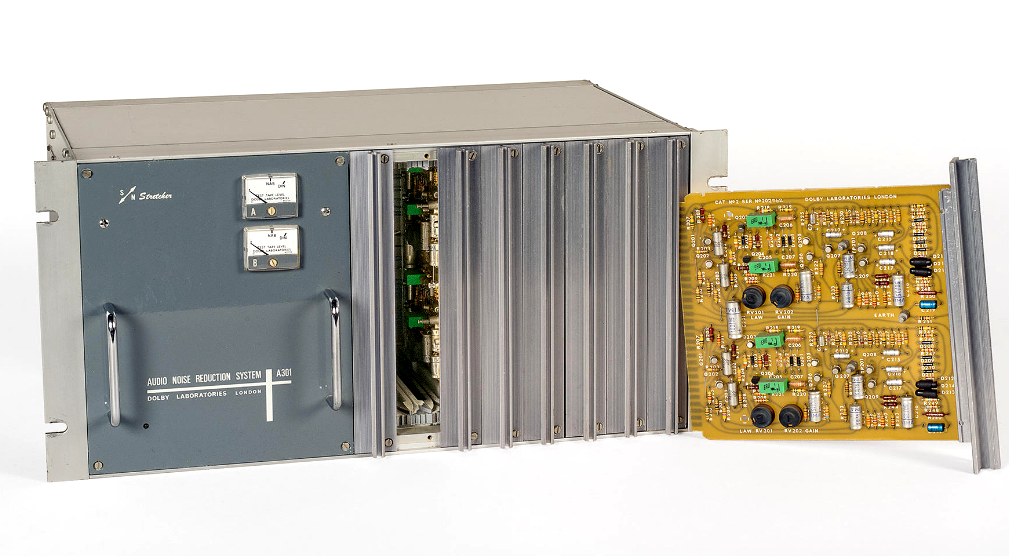 As explained in reference 2, Ray Dolby had already led a varied and accomplished life before he founded Dolby Laboratories in May 1965, with a staff of four, in south-west London. 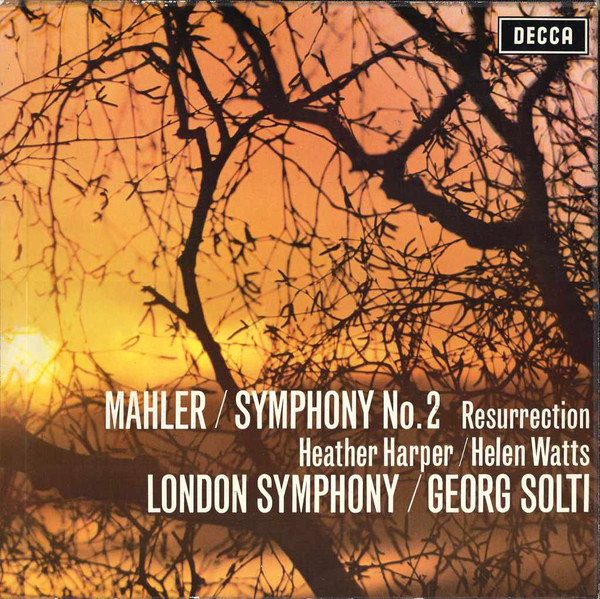 Buoyed by his success with Decca, Dolby started looking around for other customers. But the reception he had in the UK recording industry was an unpleasant surprise after Decca's enthusiasm. EMI did not simply reject his solution to the noise problem - they simply denied that there was a noise problem to solve! (Although, we now know this might have been because EMI were working on their own secret noise-reducer project at their Hayes facilities called The Compander; a project that never seems to have come to fruition.)

So Dolby went to the US to introduce his system there. The reception couldn't have been more different! He returned with no equipment (having sold his two demo units) and with orders for 17 or 18 more from New York record companies such.as RCA, CBS, MCA and Vanguard, and from several independent studios.

In the UK, Dolby had more success with the more forward-thinking film and television industries than with the rather fusty, English recording studios - a pointer to the direction Dolby was eventually to take his company; away from audio and towards cinema.

Stanley Kubrick, always a soul in search of new techniques, used the Dolby S/N Stretcher adapted for optical film soundtrack for the famous A Clockwork Orange film of 1971. And, in 1972, Dolby delivered the Model 364, a noise-reducer especially adapted for work with film soundtracks.

What happened to the S/N Stretcher name and logo? Ray Dolby was visiting Pye studios in London one day to see a couple of his units in action there, he overheard two engineers discussing the new noise reduction system. They were referring to the units simply as "Dolbys." With that kind of endorsement, Dolby decided to go with the trend and call his invention by his own name.

In 1970, Dolby introduced of the 360 Series as a replacement for the A301 with the Dolby circuitry contained in the Cat. No. 22 modules, which made multi-track Dolby installations more practical in terms of physical size - the S/N Stretcher only provided two channels of noise reduction in its 6RU chassis!

Given the company's success in the professional audio field, it was a natural step for Dolby to liaise with the hi-fi industry on possible applications of the Dolby system for domestic use. The result was an adapted and simplified noise-reduction system for use with cassette-tape which was first demonstrated at the AES Convention in New York in October 1969. To distance this new noise reduction system from the first, it was named Dolby B noise-reduction. And thus, by implication, the original system became Dolby A.

1. Multitrack tapes need to be broken down into 2 track stems and reassembled in a DAW.

2. Ray Dolby was an American and had greatly contributed to the development of the first video tape recorder (developed by Ampex) whilst still a student. After completing a Ph.D at the University of Cambridge in physics, Dolby worked as a scientifc advisor to the United Nations in India before settling in London where he founded Dolby Laboratories to develop the tape noise-reduction system which made him famous. He was thus well aware of the differing studio standards in Europe and America and was very much ahead of his time in developing equipment which was equally at home in studios all over the world. In fact, the sales of the very first Dolby noise-reduction units were to Decca of London.

3. Dolby tone, despite its audible blip, registers as a steady reading on analogue and digital level meters.