This is an RIAA "stripper" filter. Alternatively, you can think of it as an RIAA encoder.

Such a process has various applications, the most obvious of which being to "strip" RIAA de-emphasis from a needle-drop recorded via an RIAA preamplifier. This is useful if RIAA de-emphasis is not the correct equalisation; for example, if the record was recorded with one of the other historic recording characteristics. But there are many other applications in (for example) mastering and audio testing. 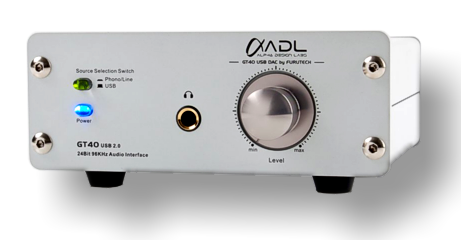 The RIAA strip is especially useful if you already have a high-quality needle-drop solution. In this case, you can use the Inverse-RIAA filter to "strip" RIAA de-emphasis in order to apply the correct replay characteristic

In the case of using the Inverse-RIAA filter to "strip" RIAA pre-emphasis in order to apply an alternative replay characteristic, it is actually better to record the needle-drop via a preamplifier with a flat frequency-response and subsequently to apply the correct equalisation using Stereo Lab. But this may not always be possible, in which case the Inverse-RIAA filter is useful as a first-stage process; the resulting file being subsequently processed by another of the phonograph filters.


The RIAA recording and replay characteristics

The effect of RIAA encoding is non-phase linear (the effect upon a (sin x)/x pulse is illustrated, left). The effect of decoding (also non phase-linear) "reverses" the phase distortion and restores an end-to-end, linear phase-response (right).

Ideally the RIAA recording characteristic specification requires that the HF boost "goes on for ever"! The transfer function of the equalisation on the record side is given by,

This isn't even possible in analogue circuitry (see here), and it certainly isn't possible in a sampled system. There is thus a necessity to adjust the transfer-function of the recording characteristic in the top three octaves (2kHz to 20kHz).

Nevertheless, the accuracy of an RIAA encode-decode performed at 48kHz sampling is measures better than ±0.15dB: several times better than we would normally expect of an analogue implementation.